Apsara is a Dalite 36, built in France and first launched in 1990. She  is a strong boat, very well maintained and fully equiped for offshore  sailing with up to four people on board.
Apsara’s sail wardrobe is extensive. In addition to the mainsail (with three reefs) and roller reefing genoa, she carries a reefable staysail and a storm jib (set on a removable inner forestay) for upwind sailing in strong winds, as well as a cruising chute and a conventional spinnaker for light weather downwind sailing.
Navigation equipment includes AIS transponder (with alarm), radar, GPS, two VHF radios (both with DSC), sounder, Navtex, radar detector, and all the safety equipment needed for transoceanic voyages including a satellite communicator / tracker. Electricity is provided by three solar panels and a small wind generator.  To make short-handed sailing easy, most winches are self tailing, and there’s a windvane pilot and two electric auto pilots. 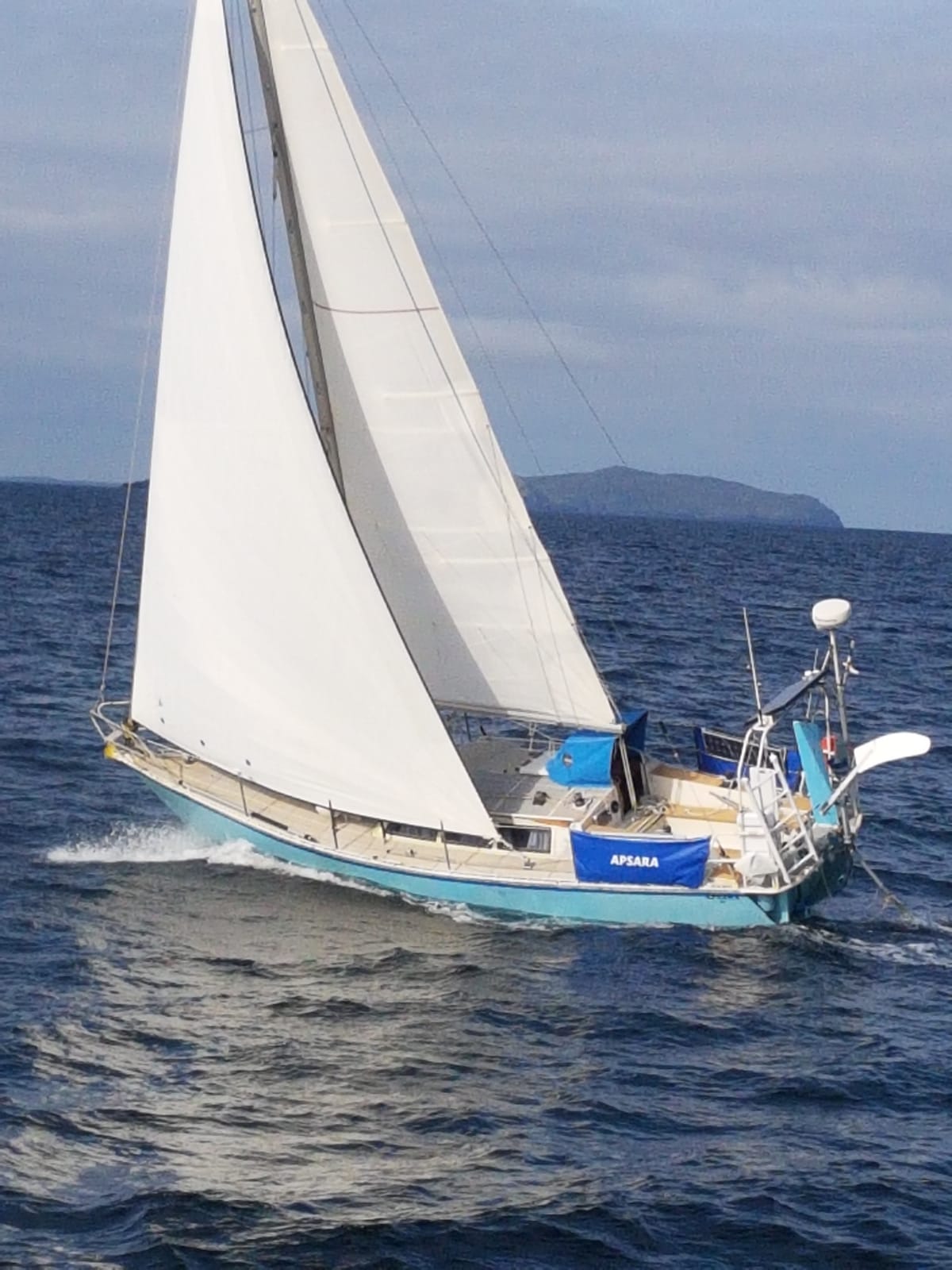 Apsara’s open plan interior with two double berths and one single berth (in saloon) is suitable for a family with one or two children or for two couples.
Note that head height is limited (1m75), so may not suit tall sailors!
There’s a small fridge and a gas cooker with oven and grill,  a Lavac sea toilet, but please note, no shower or hot water!

I started sailing in my early teens and was a professional skipper and yachtmaster instructor in my twenties and early thirties.  I also worked as a maintenance and purchase manager for Glenans, (now defunct, but at the time the largest sailing club in Ireland).
I have owned many sailing boats, and have extensive cruising experience, including three Atlantic crossings (the last one double handed with my 16 years old son on a 42 feet catamaran).
Apsara is the boat I always wanted. Small enough to be easily sailed single handed, and big enough to go anywhere.